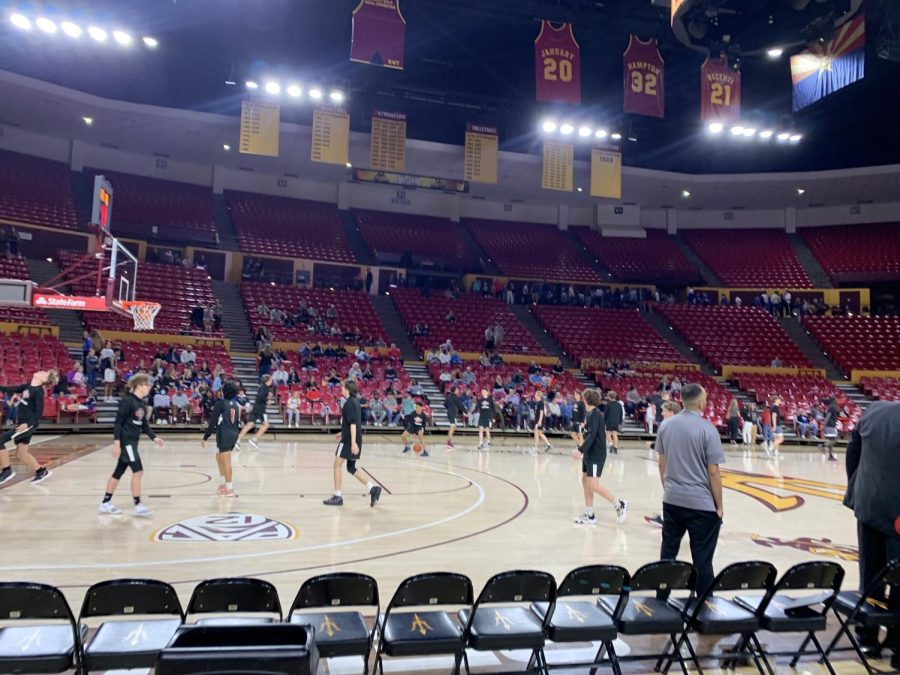 The Imagine Prep basketball team played at Desert Financial Arena at Arizona State University for the State Championship game against Eduprize Gilbert. The Eagles defeated the Storm with a score of 60-41. Although the team did not win, it was an excellent opportunity to play against the number one competing team in their division, and it was an honor to play at ASU. Imagine Prep was proud to be represented in the championship with this year’s boys’ basketball team.

Mason Machado, a senior at Imagine Prep Surprise, shared his overall views about the game and the season.

“The game was a little disappointing, but it was still a great experience,” Machado said. “I was nervous because it was our last game, and it was on a big court.”

Although the team did not come out on top, it was a great experience for the players and will hold many memories for the team and everyone who attended the game.

“My expectations were for us to win, but we all tried our best and led out to a great game,” Machado said. “I was excited that we made it to the championship game in the first place.”

Expectations don’t always meet with reality; it depends on how you look at the outcome and make the best of it.

“The season was great; I couldn’t ask for a better one,” Machado said. “The group of guys on this year’s team made it fun at practice and the games.”

Team members can make any type of sport a great season. The boys’ basketball team had fun bonding and getting to know one another throughout the season. 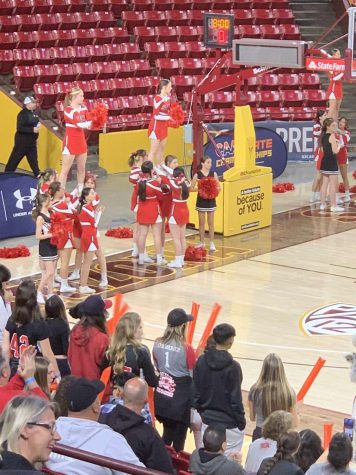 “I’m proud of how every single one of us persevered and developed throughout the season,” Machado said. “As for myself, I am, I’m proud that I stepped up my rebounding, scoring, and passing the ball this year.”

As the season progressed, each athlete was making significant developments to improve the team.

“My favorite part of the season was when I got to step on the floor with my guys,” Machado said.

Machado made many memories with the basketball team this year, and he will never forget them, especially after graduating this year.

The basketball team had worked very hard at practice almost every night and every game they competed at. The team had made significant improvements and made many memories.

Coach Luna was asked to share his views about the championship game. 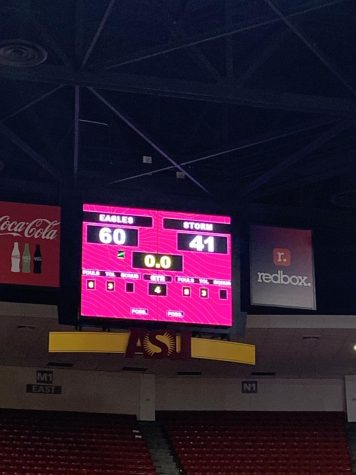 “I felt excited and proud for the players to be there and for a chance to play at the state championships,” Luna said. “I wasn’t nervous; I would say more anxious and proud that we had set a goal early in the summer to make a run at a state championship.”

Making goals is essential for a team to come together and acknowledge how much they would want to improve throughout the season.

“The players have been playing since May 1, building team chemistry and bonding.  We traveled to Tucson and won the small school AIA tournament there. Then we traveled to Laguna Beach; we lost in the finals. We also played in Willow Canyon, but I feel like they built a lot of team bonding and chemistry during this summer/fall,” Luna said. “Before the game, we watched a film as a team and went over different scenarios.”

When the game continued, some of the players felt less determined to win. Luna and the assistant coach of the boys basketball team gave the boys a pep talk before continuing on.

“Myself and my assistant made short pep talks, but I think the one that stood out the most is when we told the seniors at halftime to go out and play with all you got and leave it on the floor so they wouldn’t have any regrets,” Luna said. “I felt the season went great. We had a great record of finishing the regular season 20-1, and I don’t think I would have changed anything. I’m very proud of all the players’ commitment and all the hard work they put in this season.”

Committing yourself to a sport can be a lot of hard work. In the end, the season will always end with great memories and long-lasting friendships.

“There’s a lot of good parts for this season; we had a few buzz beater wins, we had a great record, we made it to a state championship, we have a few players get offers and will continue to play and go to school at that collegiate level, but the best part is we all had a vision or goal to make it to a state championship,” Luna said. “Even though we lost in the championship, the hard work and dedication of each of the players allowed us to do that and gave us a shot at it.” 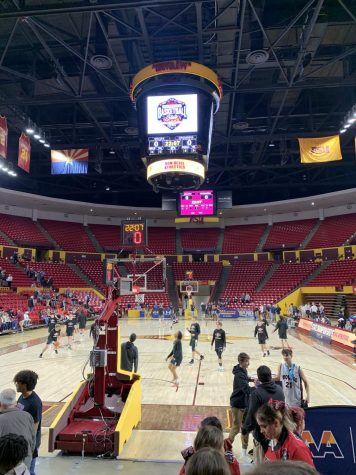 Playing at ASU was an excellent memory for the team and the coaches. It showed that all their hard work and dedication had paid off throughout the summer and the season.

Luna shared how the team felt after playing in the state championship game.

“The boys had mixed emotions. They felt upset they had lost but felt good that they had made it to the state championship,” Luna said. “We coaches talked to each one individually and told them each we were so proud of them and to keep their heads up.”

The team had felt a little discouraged after the game, but the coaching staff had given them a new perspective to look at and helped them realize the opportunity that they had gotten to play at the championship game.

“I have been coaching some of these players since they were in fifth and sixth grade, and I have built great relationships with them and to see them grow from boys to young men has been very special, and to be able to be part of that was special.”

The basketball team had grown strong relationships with each other and their coaches. Although the team did not come out with a win in the previous game, the coaches, spectators, and parents were still incredibly proud of all the hard work and commitment they had put towards the team at each game.