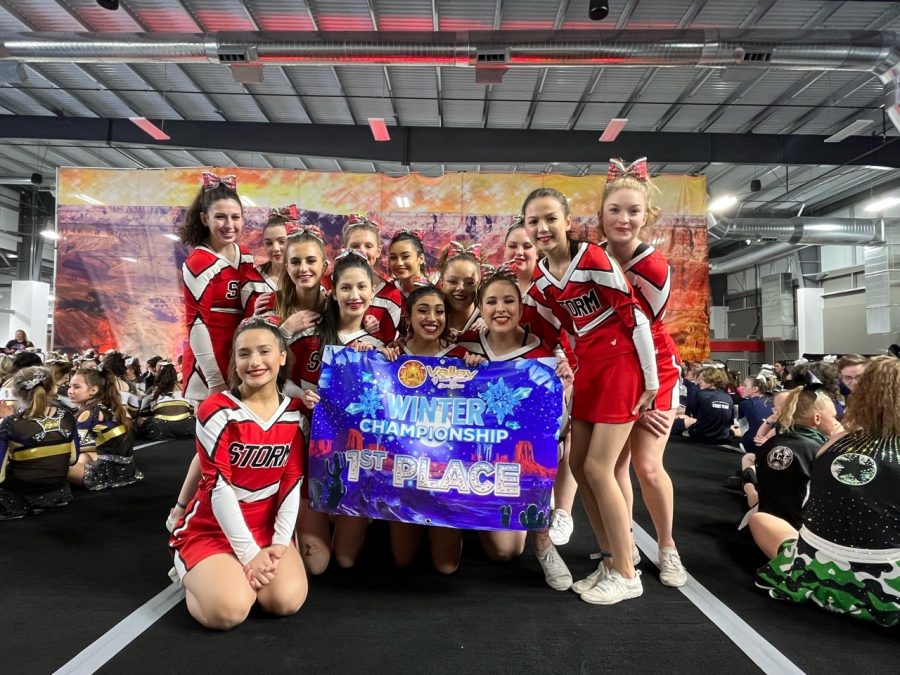 The cheer team had an eventful Saturday on Jan. 29, 2022. They had been preparing for competition since October of 2021 on top of cheering at the remaining football and basketball games. With each athlete and coach’s hard work and dedication, they took first place at their first competition and look forward to the remaining competitions in the next few months.

Melodie Brewer, head coach of the varsity and junior varsity cheer team, shared her views on the first competition and what she is looking forward to for the following competitions.

“The competition went so well,” Brewer said. “The team came together to put on a great show. I am so proud of the routines they demonstrated on the mat.”

The team worked very hard to perfect each of their stunts in practice and at the competition.

“Now that we have a pretty clean routine, I want to focus on adding more difficulty to our stunts so we can score higher in that area,” Brewer said. “We had simplified some of our harder stunts earlier on in the season, and I think it is time to add more challenging pieces each time we compete.”

With the competition being so close, the team had decided to make the stunts easier so that it is more likely that they could hit a clean routine when competing; now that they have more time to prepare for future competitions, they can advance the stunts.

“We will continue to work through the components of our stunts and refine our technique so that we can not only make each stunt more difficult but also increase the number of stunt groups who hit the more advanced components,” Brewer said. “All of these things will increase our stunt and difficulty scores moving forward.”

While the competition did bring the team success, there is always room for improvement. If the stunts are more advanced, then they will be able to score higher for future competitions. 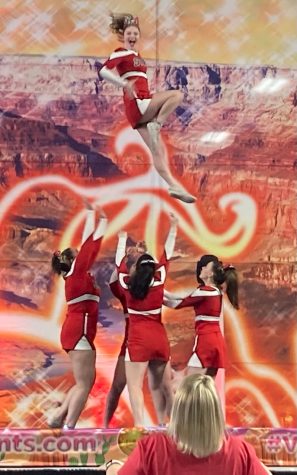 Coach Brewer shared what she believes the team needs to work on for future competitions.

“Every time we compete, you will see new things added that weren’t there before. We want to do better and put on a more exciting show every time we enter a competition,” Brewer said.

It could be less entertaining for a crowd to see the same routine every performance. Changing it can be fun for team and audience members.

“The team met my expectations. A few weeks ago, I wasn’t even sure we would be able to compete yet. We had a lot of work ahead of us. But the last two to three weeks, something just clicked. Stunts started hitting, their moves got cleaner, and they were all listening to our feedback and using it to improve. It was great to see the entire team wanting to succeed,” Brewer said. “Their confidence increased, and they saw within themselves what I knew was there all along. Now that they have done a competition and came out on top, I think they will continue to want to do their absolute best for themselves and each other.”

Brewer saw some things that could still use a little bit of cleaning up and some changes to make for the team’s benefits, but she is proud of the work that they have put in.

Clare Fields, a member of the varsity cheer team, was asked about her views on the competition and how the team did.

“The team did great at competition,” Fields said. “Everyone tried their hardest, and we placed first in every division we competed in.”

Fields had participated in the school cheer, power tumbling, and five-man division. In each division, she and the team had placed first. 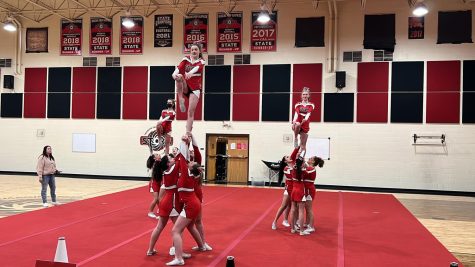 “I am proud of how smoothly everything went. Both our five-man routine and full routine looked great,” Fields said. “We had a few mistakes and some timing issues, but they are easily fixable for the next competition.”

Some mistakes and flaws in the routines are easy improvements to adjust, and the team will prepare for the next competition.

“Throughout the competition day, I was more excited than nervous. After competing for our first routine, I felt more confident that our next routine would be great,” Fields said. “This cheer season was a lot of fun. We had some rough parts, but overall we were able to make a great routine and create some great friendships.”

Katie Christensen, a freshman at Imagine Prep and a member of the varsity cheer team, shared her thoughts on the competition.

“We all did great at competition. We placed first in all the divisions we were competing in,” Christensen said. “I’m very proud of our five-man group. We did excellent and hit everything. I’m also very proud of the whole team for the other routine we competed and won with.” 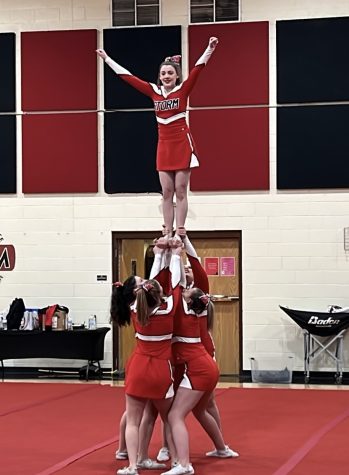 Each division that the Imagine Prep cheer team had participated in had a flawless execution which helped them place first.

“We had a couple of bobbles with the stunts, but they are very fixable. I think we will be ready and able to win at the next competition we compete at,” Christensen said. “I strongly believe our team has an amazing start for our upcoming competitions. We will all work hard and be determined to make the stunts and overall performance more solid.”

With the team and individual athletes knowing what to fix in their routine, it can be easier to have a clean performance with little to no mistakes.

“I was excited the day of the competition. The moment we won was a great moment; it showed all of our hard work dedication paid off,” Christensen said. “I’m looking forward to the other competitions we have in place because we get to show off our routines and bond with our teammates even more.”

Competition is a good team bonding experience to come together and show an audience what you have been working hard for. Yes, it can be very stressful and intimidating, but in the end, each athlete leaves the mat with great memories and improvements to make that can benefit them for the future.