“OK Orchestra” Welcomes You To A World Of Its Own, So Prepare To Get Lost In It 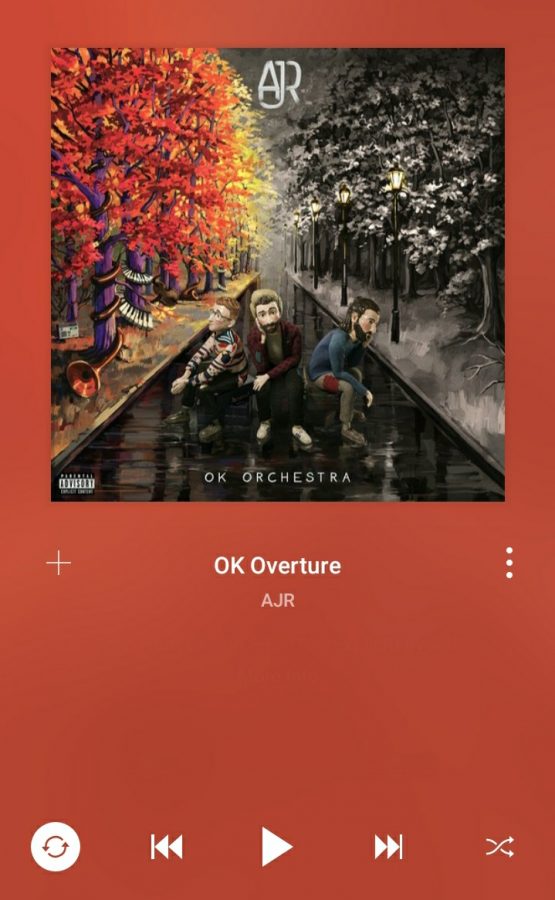 On March 26, 2021, the indie pop trio AJR released their newest album titled “OK Orchestra”, and just like the rest of their music, it is a whirlwind of new sounds, beats, and messages. Fair warning, however, since AJR tends to use some mature language and themes in their music. If you choose to listen to the album yourself, prepare for mild language, along with darker themes paired with light melodies that hit the heartstrings, so proceed with caution if need be.

The album begins with the song named “OK Overture”, which is a mashup of each of the album’s songs. It has a variety of different sounds and layers of music overlapped over each other, which they have done a similar introduction for their other albums “Living Room” and “The Click”. By combining different aspects from each song, whether it’s the beat, the melody, the lyrics, or simply the instruments, it creates an exciting and almost overwhelming introduction to the album. The album continues with the individual songs, which all have their own unique sound and lyrics to them.

AJR’s sound has always been unique and experimental. The Met trio seems to enjoy experimenting with different melodies and mashing a variety of sounds to catchy lyrics that seem to explain more than what it looks like originally. It’s one of the things I really like about AJR, they make music that is very easy to pick out in a playlist and is really easy to jam out to. Personally, my favorite songs in their newest album are “Humpty Dumpty”, “Way Less Sad”, “World’s Smallest Violin”, and “Bang!”. They are incredibly catchy songs and I can relate to them in certain ways compared to the rest of the album. Every time I hear those songs, I always seem to get at least one of them stuck in my head for the rest of the day, not that I mind, though.

AJR’s music has always been really catchy and easy to get lost in. Since each of the songs are very unique, they’re easy to get stuck in your head and remember for a long time. The sounds seem very complicated, but it’s simply layers of sounds and beats strung together to make an amazing song. AJR also seems to enjoy pairing songs with darker themes such as divorce, depression, and anxiety with lighter melodies and softer instruments, as if to ease into the topics gently so the listener isn’t startled by the heavy theme. For example, their song “Humpty Dumpty” talks about suppressing true feelings for the sake of others, and keeping one’s hurt from close friends in order to not seem like a burden. AJR chose to match the theme with a catchy beat and soft melody to ease into the topic, then they layered more sounds to make it more exciting. You almost don’t recognize the theme unless you really listen to what they’re singing since the sound is so light and kind of floaty.

The entire album overall gives off a sort of ethereal, floaty feeling. It’s not harsh or very down to earth; it makes you feel like you’re lost in another world. When they add emotion to their lyrics, however, it sort of pulls you back into the present since it’s not something you expect. It’s a bit of an emotional rollercoaster, but all of it is experienced in your head. It’s a lot of fun to listen to and figure out the different sounds and meanings behind the songs, so I definitely recommend you give it a listen!