Chasing the Storm • May 10, 2021 • https://chasingthestorm.org/6026/opinion/from-clement-to-calvin-predestination-in-christian-tradition/

From Clement to Calvin: Predestination in Christian Tradition 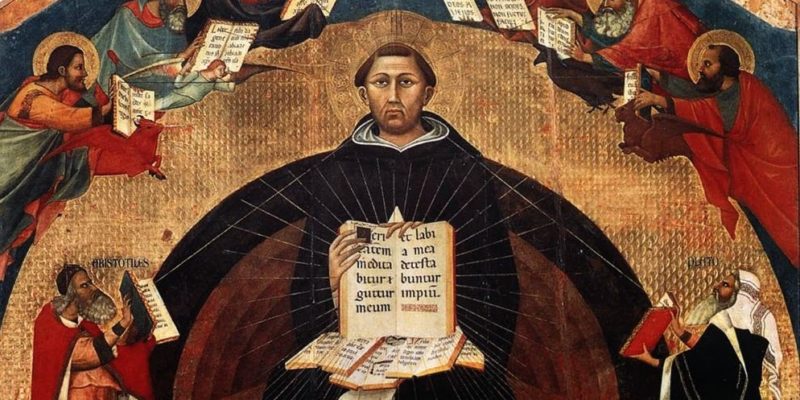 Pre.. de.. huh? The mere wording should make most anyone quiver. It is a complicated theological and philosophical subject that people have been arguing about since, well, basically forever. But.. uh.. what is it exactly?

According to Britannica, predestination is “the doctrine that God has eternally chosen those whom he intends to save.” Every denomination (which I’m aware of) believes in this doctrine. St. Paul the Apostle writes very frequently about predestination.

However, almost every denomination has a conflicting view on what this means. Does God, from eternity’s past, choose to damn people to hell?

According to some Protestants, yes.

“Predestination…[is] the eternal decree of God, by which he determined with himself whatever he wished to happen with regard to every man. All are not created on equal terms, but some are preordained to eternal life, others to eternal damnation; and, accordingly, as each has been created for one or other of these ends, we say that he has been predestined to life or to death,” said Jean Calvin, sixteenth-century reformer. The view he espoused is known as double-predestination, where God destinies some to hell and others to heaven before their birth.

This view seems to contradict the notion that God is all-loving, leading many atheists throughout the history of philosophy to formulate arguments from evil according to it. An example of one such argument would be;

If we begin from the premise, though, that God does indeed exist, and He is all-loving, we must reject the doctrine of double-predestination.

However, Ephesians 1:11 says that God “works all things according to the counsel of his will.” The eternal damnation of souls, I’d say, falls under the umbrella of “all things.” So what gives here? Does God truly damn people to eternal torment before they were even able to decide for themselves?

The answer lies in the traditional distinction between God’s sovereign and permissive will. “Sovereign” here means that God actively commands something into being or causes an event to happen, whereas “permissive” means that God, while not explicitly commanding or controlling an object/event, allows it to be.

One could object, saying that people are predestined simply by God’s boundless knowledge, devoid of free will. Because God knows what you plan to do, and more importantly what you’ll believe and decide before you do. How can your choices be free if God already knows them, and they could not be otherwise?

Sometimes we do this. If we know someone well, we begin to intuitively understand and predict the decisions they’ll make. If someone is rather impulsive, you know that they’ll be quick to make an irrational purchase, or that you know they’re coming back from the store with more than they need (i.e candy). Just because you know what they’re going to do doesn’t mean their choice wasn’t free. From the perspective of an almighty God who knows everything before it happens, he would also know the inner machinations of your mind and EVERYTHING that would’ve gone into your decision (most importantly being the personality, rationality, and circumstance). God comprehends the whole of our personalities and souls.

Let’s assume arbitrarily that God did not know the future. Assuming that He knew you perfectly, He would be able to predict with 100 percent accuracy all the decisions you will make in your entire life. Also, assuming He knows the universe in the state He saw it, understanding and comprehending it exactly, He could predict the entire future of the universe with 100 percent accuracy.

Again, none of this means that you’re not free-willed. You’re free to do as you wish. He simply knows what you’ll choose beforehand.

It’s helpful, now, to know what predestination does not mean. We are not deprived of our free will, nor already damned to eternal punishment.

But if it doesn’t mean either of those things, what does it mean?

“It belongs to providence to direct things towards their end… if a thing cannot attain something by the power of its nature, it must be directed thereto by another (thus, an arrow is directed by the archer towards a mark). Hence, properly speaking, a rational creature, capable of eternal life, is led towards it, directed, as it were, by God. The reason of that direction pre-exists in God,” wrote St. Thomas Aquinas, the thirteenth-century “philosopher-saint” (often titled the “angelic doctor”). By this, he means that human beings need to be led toward the end of eternal life. God does this in a similar way a marksman “predestines” an arrow to its target, as he “predestines” us to eternal life. We can do no good of our own, as Augustine writes. How, though, does God lead us and predestine us without taking our free will?

“Those whom He foreknew he also predestined to be conformed to the image of his Son, in order that he might be the firstborn among many brethren. And those whom he predestined he also called; and those whom he called he also justified,” writes the Apostle Paul. As is stated in other parts of Paul’s writing, we are justified by grace, and so it may be assumed that being called is a grace by which we are justified. By calling us, and giving us the grace we need to answer via the church, he fires an arrow towards its mark.