What’s to come for the new Criminal Minds revival?

Criminal Minds. One of the most well watched and beloved crime dramas out there. You search up “top 10 crime dramas” and Criminal Minds is at the pinnacle of those lists, rated number one across the board. This isn’t shocking

though, with lovable characters that have incredible character arcs and intensely interesting cases, how can anyone not like this show? When the show was rumored and then confirmed to be canceled after season 15 it was a shock. I mean, so many people did and still love this show. It made no sense to several fans and websites why this occurred. What’s even more shocking is the new confirmation of a revival only a year after its initial final.

To give you a little more insight, Criminal Minds is a show about a team of FBI profilers who work together to solve crimes across the United States. They solve everything from missing persons cases to full on homicidal maniacs on the loose. The show also has an even mix of action and personal development that makes it both extremely entertaining and sentimental. As many people love this show it is increasingly confusing as to why they cancelled  it in the first place and why they are bringing it back so soon after that. Especially considering they only announced its cancellation  a month before the final seasons release on Feb. 29, 2020.

Not much is known about the revival, as it was announced fairly recently, but we do know two very important things. According to Distractify.com, the revival is supposed to follow one case for the first full season. This is an intriguing 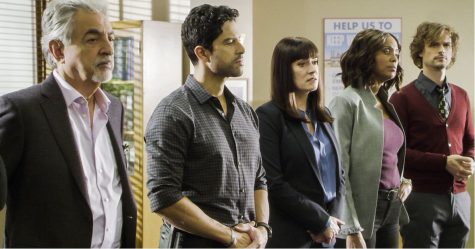 development, as the original focuses on very different cases each episode.  It is also said that the original cast is rumored to be included in its cast. This doesn’t tell us much as many of the characters in the show leave and come back various times throughout the duration of it broadcasting, but it does allow us to speculate. Many people consider the original cast to be composed of many different characters but there are a few consistencies. Spencer Reid, Aaron Hotchner, Penelope Garcia, Jennifer Jareau, and Derek Morgan are the five characters that are considered the original cast that’s expected to come back however additional characters such as Emily Prentiss and David Rossi are also rumored to come back, though it is unclear if that’s true.

According to Looper.com they are bringing back the show due to the fact that it was mysteriously cancelled and many people loved it. A separate article from the same website says that bringing it back after cancelling it could just be a huge “cash grab” for the network. However, despite the accusations, Looper says that the show being cancelled was due to a series of issues the network was having with the show as far as popularity and ratings go.

Now while it’s still unclear what exactly we are to expect, the fans both old and new have most definitely made their opinions clear on what should be in the revival.

“I really want to see Hotch and Morgan back because the show is not the same without them,” sophomore Anneliese Gannon said. Another student at Imagine has also expressed an interest in wanting to see the characters progress with their future

“I’m hoping to see JJ and her kids grown up” was a simple statement made by Brianna Kraemer.

Many other people on Twitter, Instagram and many other social media sites have stated their agreement. A user on Twitter by the username of @BCCKLEYDIAZ stated that “If the Criminal Minds revival doesn’t have Thomas Gibson then I don’t want it.”