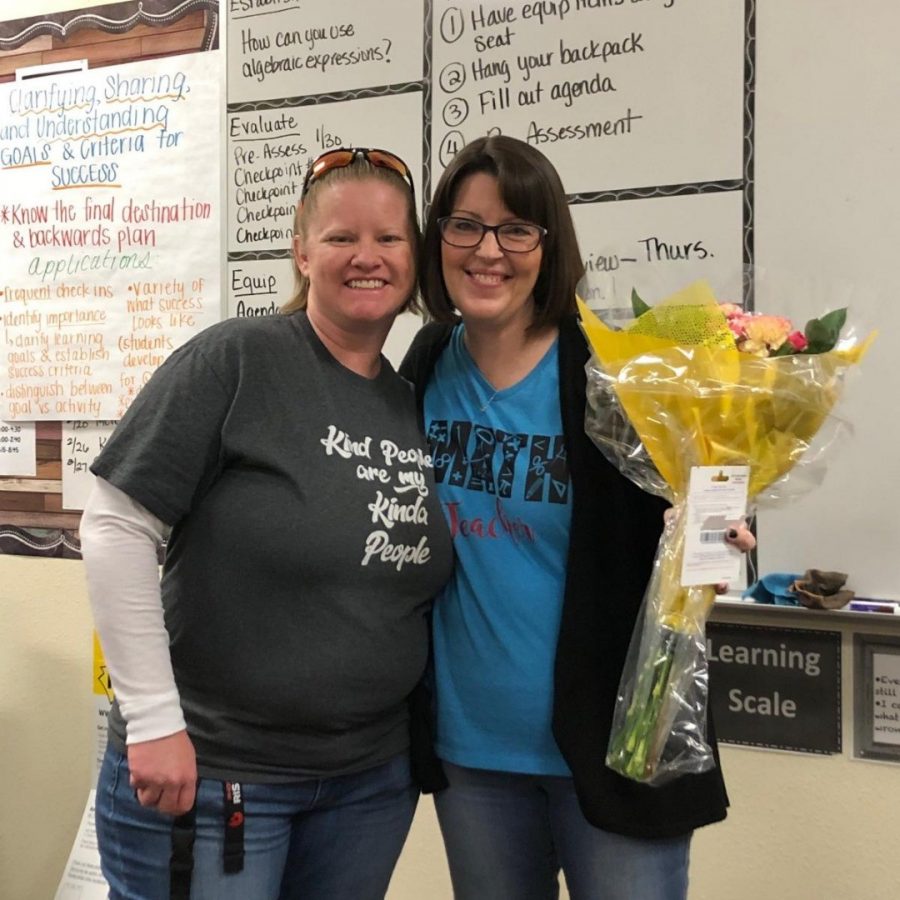 Here at Imagine Prep every year the faculty and staff choose one teacher that stands out to them in exhibiting outstanding character and amazing devotion to their job and most importantly, their students.

Mrs. Vicki Robinson was very surprised when she found out she had received such a great award.

“Completely surprised. You don’t ever expect to get it when you work on a campus with so many talented teachers.” Robinson said, “It’s definitely an honor because it’s my peers recognizing me.”

“We have back to back National Teacher of the Year, not just our school,”Principal Chris McComb said, “I would argue that Mrs. Robinson is as good as those two teachers in regards to her talent and dedication.”

McComb described what some of the key traits they look for in the teacher of the year, committed to learning themselves and to their students, passionate, dedicated, well-planned out, good at analyzing data, able to design assessments, good at classroom management.

Robinson teaches middle school math to sixth graders, which can be a really difficult thing to teach. Especially to sixth graders who have just been thrown into a new school that can be really hard at times.

“Math can be a really tough, scary subject to some folks,” McComb said “I think she does a really good job at making them feel comfortable…Based on what they tell me; being able to ask questions, feel supported. Even in a tough subject. Even if they don´t love math. I feel like they really enjoy Mrs. Robinson. She’s very structured, but also gives a lot of student choice.”