13 Scary Movies to Watch on Friday the 13th

Grab some friends, family and popcorn and shriek to these fun horror movies to celebrate Friday the 13th! 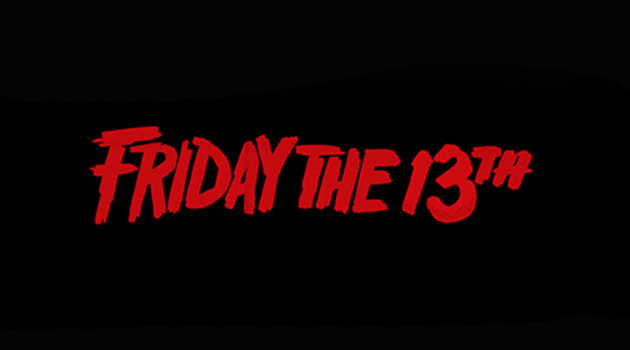 It’s the weird phenomenon that horror enthusiasts patiently wait for as there is only one every 14 months, that’s right, it’s “Friday the 13th”.

It’s that time of the year again, where we scream, cry and stay up all night as we watch hours of horror movies to celebrate when a special day we all love falls on a date that gets us all shaking, that’s right, I’m talking about Friday the 13th. I know what you’re thinking, “but it’s April”, but to this, horror movie enthusiasts can agree that doesn’t matter. It may be April, but horror movies are never truly out of season. So hop on your Netflix, pop some corn and get that search bar ready because this is a list of the best movies to watch on Friday the 13th.

DISCLAIMER: Most of the movies listed are rated R, for good reasons!

“Friday the 13th” – Does this really need an explanation?  If you’ve never watched a movie about Jason Voorhees, why are you still reading this? You should be looking it up right now.

2. “A Nightmare on Elm Street” – This slasher is a classic film about a man named “Freddy Krueger” who was a very bad man who was killed by a bunch of angry parents for reasons I will not say. He’s a scary guy who shows up in his victim’s dreams in an attempt to get revenge.

3. “It” – The “It” movie was made in 1990 as “Pennywise the Dancing Clown” was a monster that haunted a little town in Massachusetts. A bunch of kids go missing so a team of middle schoolers group up to solve the mystery of the missing kids and the clown sightings. (Watching the original movie is recommended) This movie was originally a Stephen King classic, it started off as a very popular two part novel before being released as a movie.

4. “Happy Death Day” – This is a newer movie that mixed all the best parts of Groundhog’s Day with a modern day slasher flick. A college students wakes up on her birthday, but at the end of her night she meets her untimely demise… or at least it would be untimely if she didn’t restart her day every time she died. In order to break the cycle of dying and waking backup would only end once she prevents her mystery murder from ruining her party. This movie consisted of new actors that had a great performance such as Jessica Rothe who played the main character, Israel Broussard and Rob Mello who played a really convincing murderer. It was a unique and humorous horror movie.

5. “Ouija: Origins of Evil” – This movie takes place in Los Angeles when a young widower of two uses inventions to trick her customers to believe she has ¨psychic powers¨. This all changed once her youngest daughter played with an Ouija board and now she has connection to some dark spirits.

6. “The Babadook” – This horror movie is about a boy who finds a mysterious book and has his mother read it to him as a bedtime story. The story book is about a shadowy figure of man who lives in a crooked house as he attempts to scare out a mother and her son, which is very similar to what the protagonists were going through outside of the book. The book brings in an evil spirit that haunts the small family as they lose their minds trying to fight the monster out of their home.

7. “The Conjuring 2” – This movie is based on a true story, only the facts are changed. paranormal investigators Ed and Lorraine Warren travel to Enfield, London to help a haunted family. When they arrive, they find that the haunting spirit the family described was just a front for a more insidious creature.

8. “The Final Girls” – A group of teens go to a movie theater to see the first showing of a B-grade horror movie, a fire breaks out in the theaters and causes our unlikely heroes to cut through the movie screen which throws them into the horror movie itself. In order to survive from camp murderer, they need to use their horror movie knowledge and tropes to defeat the slasher.

9. “Annabelle: Creation” – A former toy maker welcomes a nun and six orphan girls into a farmhouse in California. That’s when one of the girls finds a doll possessed by the toy maker’s daughter. Now the nun is fighting to keep all of the orphans safe.

10. “It Comes at Night”- In a post apocalyptic world, two families share one large house in order to stay safe. However as people start dying the families realize that the true evil might not be coming from the outside.

11. “47 Meters Down” – Two sisters travel to Mexico for a beach filled vacation. One of the sisters wants to go swimming with some sharks, the other sister didn’t like the idea so much. To prove that swimming with sharks was completely safe, but they were wrong. When they were in the cage, they were confronted by some great whites, until their cage broke off from the boat, sending them 47 meters down shark infested water.

12. “Life (2017)” – A group of astronauts travel to space after one of their drones got a sample of a small, alive, alien cell. Little did they know that the cell grew a lot faster until it became strong enough to kill one of the astronauts. The cell slowly turned into more of a monster as it ate it’s victims one by one. Now the group of astronauts is stuck in the middle of space with a blood hungry monster.

13. “The Bye Bye Man” – I’m lying, it’s actually “Friday the 13th: Final Chapter”! It’s the goriest, scariest, most thrilling Jason movie in the franchise. Group of college kids have a lakeside camp out and oh man do they regret it, our favorite slasher comes out of his lake — thirsty for more revenge.

This concludes my top 13 horror movies to watch on Friday the 13th, get it, 13 movies because it’s the 13th of a Friday. Most of these movies are rated R, and no they’re not rated best to worst from my own opinion, but maybe you can put them in order if you really want to put in the time to watch them all. A friendly reminder that you need to be the age of 17 or older to watch these movies, but don’t let that stop you, but in all seriousness — consult your parents first if your not at least 17.