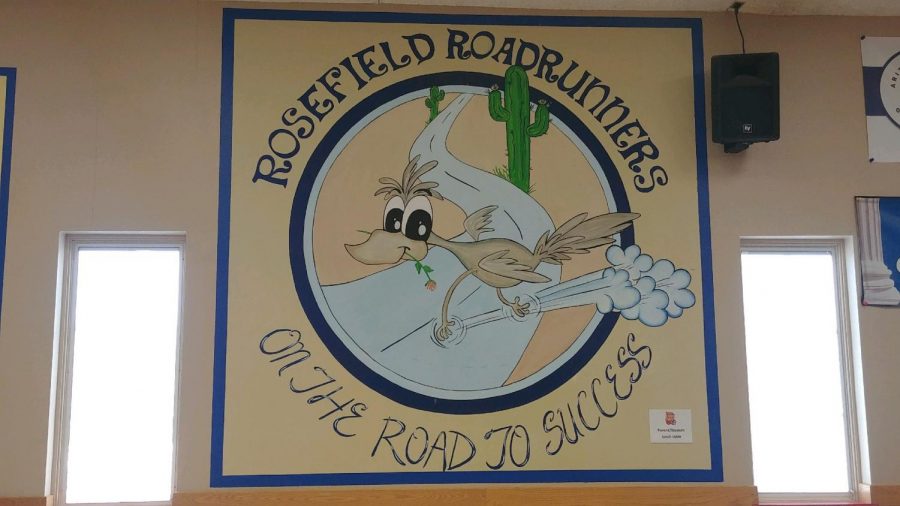 Rounding up the Roadrunners

Many teenagers await the day when they get their first job and receive their first paycheck. There are so many jobs out there for students to choose from and trying to find the right one can often be infuriating and stressful. Many teens struggle to find the job that they’d love to go to every day, but this isn’t the case for me and a fellow co-worker and friend, Taylor Lancaster. We are seniors here at Imagine Prep and we get to work at Imagine Prep’s sister school, Imagine Rosefield Elementary as children aids and we wouldn’t want to have it any other way.

In the beginning of the school year, I was very busy because I was on the varsity volleyball team here at Imagine Prep and didn’t have time for work with all of the mandatory practices I already had to attend. On top of that, I also had to juggle study and homework time in between. For me, at the time, there just weren’t enough hours in the day to dedicate more time for another activity. However, when volleyball season finally ended, I started to find work since I was free after school. Sadly, I didn’t have any luck until Lancaster announced at our lunch table that there was a spot open at Rosefield to work as an “R Club Aid”. I immediately asked her what I had to do to get the job. There were so many requirements that I had to meet to make sure that I was guaranteed the spot. The first thing I had to do was fix my schedule. Work started at 2:00 p.m. and school ends at 2:45 p.m. I had to drop my fifth hour in order to leave school at 1:45 p.m. to make it to work on time. I was able to do that because I had an extra class that wasn’t necessary for me to keep. With all of the other tasks that I had to do, like getting a clearance card and getting tested, I finally got the interview and secured the spot to start working when second semester began.

At work, Lancaster mostly works with the kindergartners and the fifth graders. She loves working with both of the groups. One of her favorite things about her job is that she gets to know the children she’s with. She has conversations with them, asking them about their day at school, and even some of their personal lives as well.

I mostly work with the second graders and sometimes the first graders. It wasn’t long until I started to create wonderful relationships with the students. One of my favorite things about my job is when the second graders give me little gifts like their finished coloring pages. The coloring pages mean so much to me because it really makes me feel welcome as a new addition to the staff and the overall environment. Just like Lancaster, I also enjoy having conversations with my students. Students coming up with random things to say is so humorous to Lancaster and I. One thing that we will never get over is the love that these students give to us. Whenever they greet us, or give us a hug, it really warms our hearts so much. We get all fuzzy inside knowing that the kids we watch actually care about us.

However, watching kids isn’t as easy as it sounds and it’s actually much harder than you think. It’s truly not all rainbows and lollipops. There are so many road bumps we have to go over on a daily basis, and it’s sometimes hard to deal with the children. When the kids don’t listen to us, it’s frustrating. It can feel like we are not appreciated, or seen as an authoritative figure. It really takes an emotional toll on us. It isn’t easy being teenagers with this job. Sometimes we are called a kid, and not an adult; basically giving the kids an excuse to not to listen to us. When that happens, we have to discipline the children and it’s one of the hardest things to do, especially when you’ve never done it before.

When I first started, I had to get trained by other aids and watch them discipline the kids. At first, I thought that the aids were being a little too harsh on the little children when they would give them a blue chair, which is basically a time out, or yell at them for the smallest things. But, as time went by, I realized that these actions are required if you want to be respected and be viewed as the authority. Sometimes, saying it nicely isn’t good enough.  I am a soft spoken individual and the first couple of weeks was so difficult for me because it’s not a good feeling when children do not listen to me. I had to develop a tough skin and had to no longer let the children push me around. Standing my ground and having to raise my voice is something that I have to do now.

This job really makes Lancaster and I understand how teachers feel when they aren’t being listened to. We realize how truly disrespectful it is. At Imagine Rosefield, we of course do not wish to be mean to the kids and often try to avoid anything that would make them not have fun at R Club, but we believe that’s sometimes the only way for the children to realize that what they’ve done was wrong.

Being students at Imagine Prep and a worker at Imagine Rosefield can be tough. Balancing homework and studying for tests is challenging when you get home at 6:00p.m. every school day, but we manage it somehow. Lancaster’s advice is to make sure you’re not overworking yourself. Eating and getting enough sleep is the best way to be a student and a worker. If you’re tired or hungry, you won’t be able to pay attention in class, nor will you be able to put 110 percent when working at your job.

My advice is to try to squeeze homework or study time in your free time in class. For example, if you finished your assignment for that class, work on stuff for other classes so that you don’t have that much to do after work. Or if you don’t have that time, just prepare yourself to go to bed a little later than usual and try to wake up the next morning later so that you can at least get some rest. I know that this seems a little much for just a teenager to handle but I believe that it’s what you have to face if you decide to get a job. You have to be good at time management and if you lack this skill, you are more likely to have a hard time balancing everything that you need to do.

Despite all of the inevitable obstacles we have to go through everyday, we still love our jobs at Imagine Rosefield so far and if we had the opportunity to do it again next year, we’d do it in a heartbeat. We both believe that these struggles are so worth it because at the end of the day, we get to have the opportunity to see smiling faces when we walk in the door and get that bonus of a check at the end of every two weeks. We encourage every teenager that has free time to get a job and gain that wonderful experience that they can potentially use in the future.